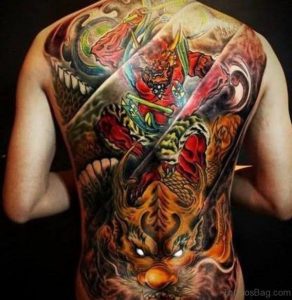 Throughout history, getting a dragon or dragon age tattoo has been extremely popular in a wide variety of cultures all around the world. For many, this tattoo portrays deep meaning about their personality, story, and nature. For others, these tattoos simply offer beautiful and elegant designs.

Dragon tattoos have a vibrant and exciting history, as well as lots of powerful – often surprising meanings associated with them. Learning more about the history and story of the dragon tattoo may even inspire you to get one for yourself!

Meaning and Design of a Dragon Tattoo 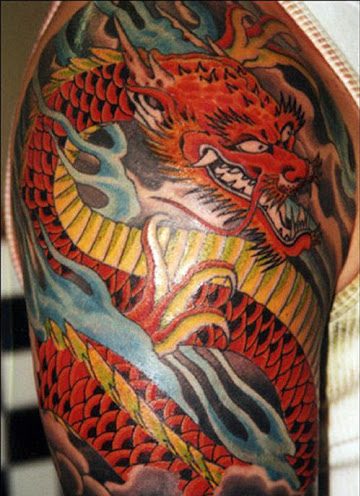 In stories, various types of dragons are mentioned, with each different species carrying a different purpose and story. Those who choose this tattoo will take time to select a species and color scheme that best represents them as a person or the message they want to convey.

Common Associations and Meaning of a Dragon Tattoo 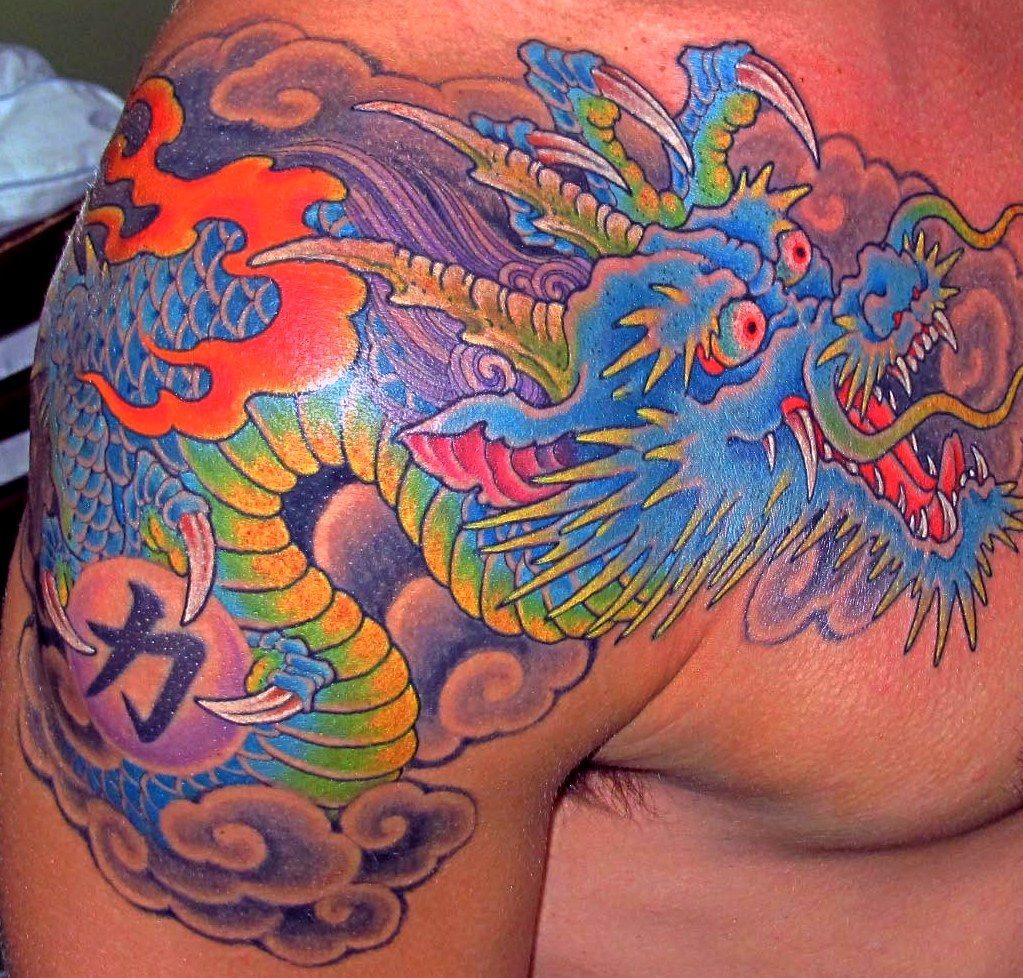 There are a wide variety of species when it comes to dragons. These creatures can vary massively in both physical appearance and nature – meaning that their associations alter alongside them. Many choose a type to symbolize the balancing factors of their life, making each dragon tattoo unique and personal to the wearer.

Design of a Dragon Tattoo 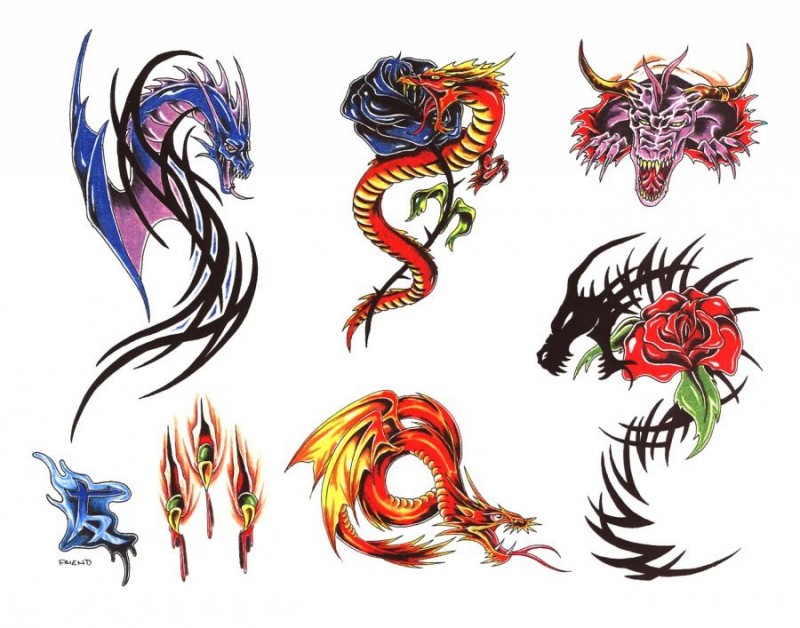 There are lots of different designs you can use for your dragon tattoo, each of which fit different aesthetics and convey different meanings.

To begin with, you can use any of the different dragon species mentioned in the section above, each of which has different physical attributes that may or may not appeal to you, as well as different meanings and connotations.

In addition to using different species as the subject of your dragon tattoo, you can also bring your design to life in several ways, which also helps to alter the aesthetics and emphasize various elements of the creature itself.

History of a Dragon Tattoo 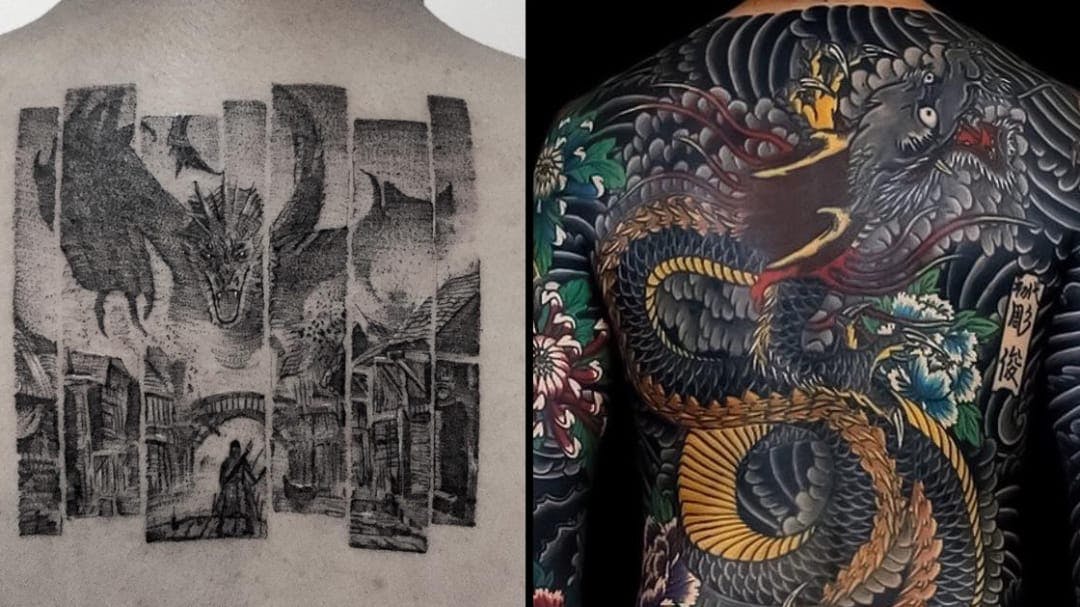 It is not clear when or where stories of dragons began. However, we do know that as early as the Greek times, there were stories and descriptions told of huge, flying serpents.

From here, dragons have become renowned mythical creatures throughout history, appearing at some point in almost every culture. Dragons play a massive part in the culture of various Asian countries such as Japan, China, and Vietnam.

There is a considerable contrast between Eastern and Western depictions of dragons in stories and mythologies, with Eastern representations portraying dragons with distinct honors and powers, and Western cultures seeing them as evil, mysterious and destructive. 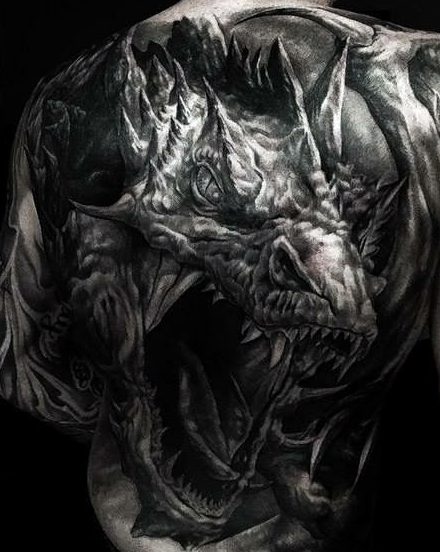 The dragon is present in a wide range of mythologies throughout history, taking up various roles and characteristics from story to story. For the Japanese and Chinese, the dragon is usually a protector or controller of some element or treasure. However, for Western Mythologies, dragons are portrayed as an evil creature that must be slain for the greater good.

Whether the creatures good or bad, these stories are certainly some of the most fascinating and exciting myths in existence, from whichever culture they may originate.

More specifically, there are variously named dragons throughout mythologies — dragons which are mentioned as having a particular power, or that are responsible for a given element. These appointed entities offer some of the most refreshing mythological stories in history and would make for excellent subjects for a dragon tattoo design. 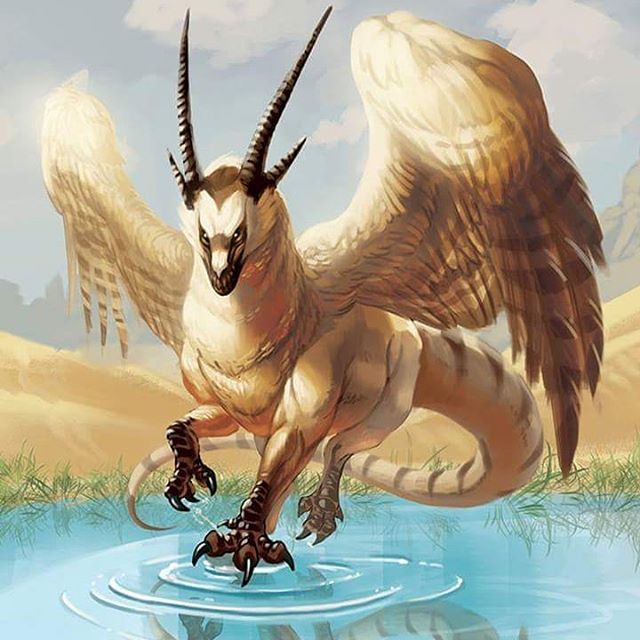 This beast has a serpent-like body, four wings, and wings, similar to those of an eagle. This dragon lives in the far reaches of Egypt, mostly in the deserts near the Nile. The stories about the physical appearance of Akhekh inspired the conception of other mythical creatures such as griffons, eagle-like creatures with four legs.

This transition between cultures has led to later depictions of Akhekh altering slightly. These later versions maintain the serpent-like body but give the creature an antelope’s body and an eagle’s head with Egyptian headgear. 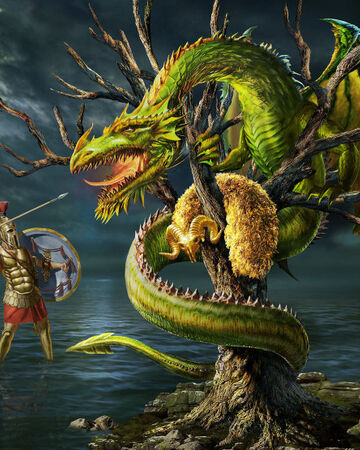 This creature is enthralling in appearance, with magical teeth and a collection of three tongues (or so one of the countless stories goes). There are loads of tales about how the monster died, with some pointing to a knight killing the dragon to obtain a treasure that it protects, and others talking of a witch sending the beast to sleep with her magic. According to one of the legends, this serpent-like creature guarded the Golden Fleece in the sacred grove of Ares in Kolkhis, hence its name. It can be also found as the Colchian Dragon. 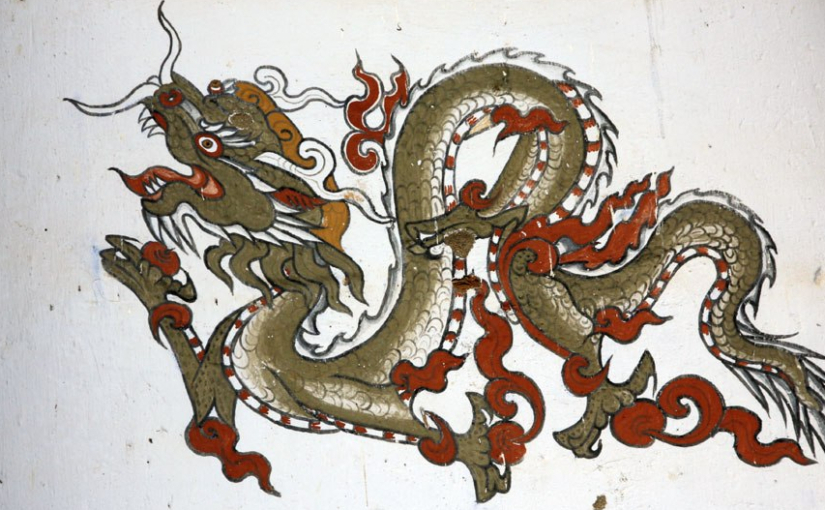 Drukis often called the Thunder Dragon and in Bhutanese, is used to personify their culture and general way of life. Druk is an elaborately scaled creature that appears on the national flag of Bhutan, and in their anthem. Druk is present in almost every element of Bhutanese life. Leaders in this culture are even called The Thunder Dragon Kings. 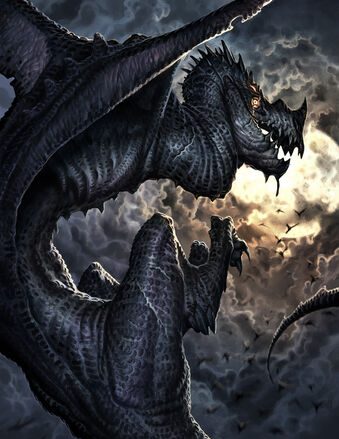 This beast is the protagonist of Indra. It was a malicious spirit. It represented the droughts affecting the waters of India. On the opposite side of this coin was Indra. As the God of rain, he would always be at odds with Vritra. Eventually, Indra did defeat this beast by destroying its 99 fortresses and then finally breaking its jaw in two, allowing the rivers to flow freely.

Fafnir is a truly infamous mythological beast. This dragon started his story as a dwarf king, who murdered his father to steal his treasure. As he acted in this way, the wealth he now possessed cursed him and turned him into the monster seen in the Scandanavian stories. His scales are impenetrable to any ordinary weapon, but eventually, Sigurd killed the beast by penetrating his soft underbelly. 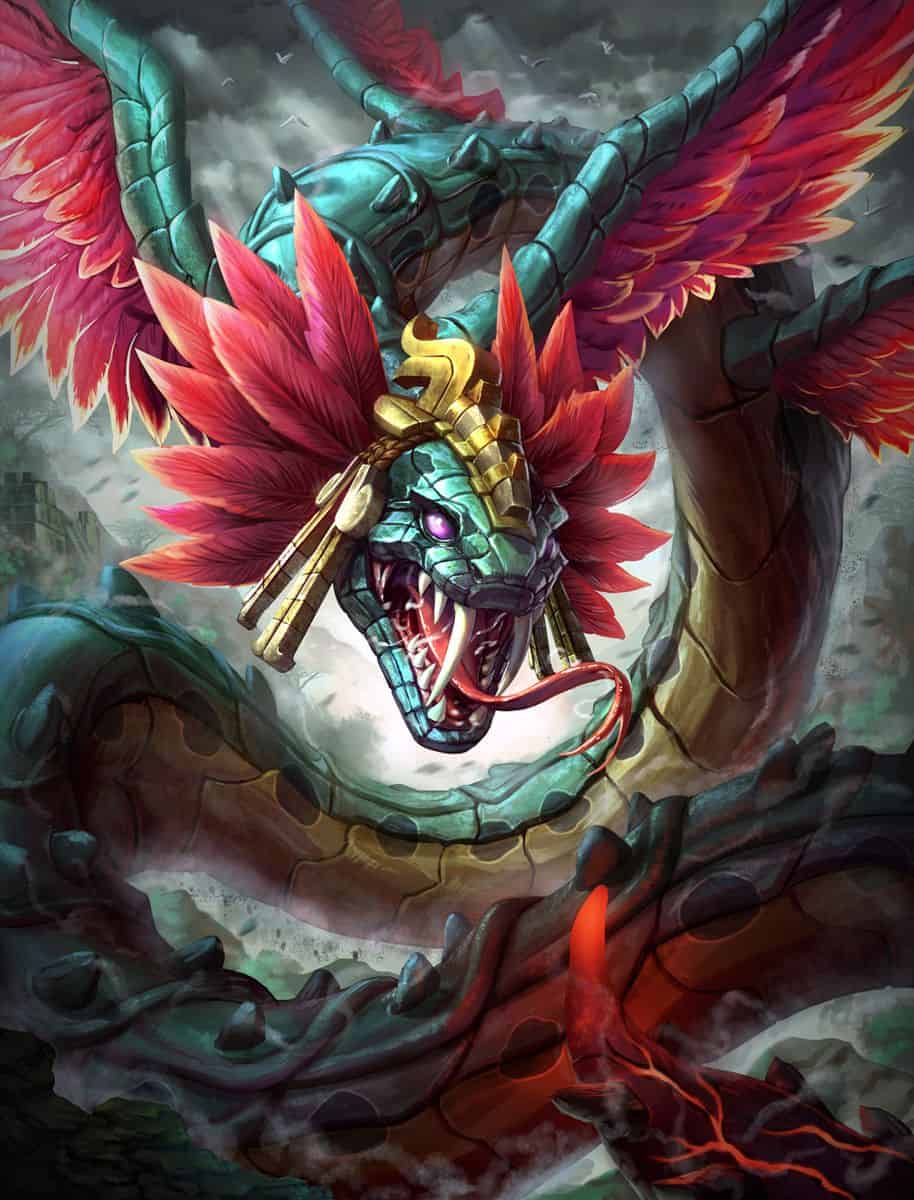 This dragon is more commonly known as Quetzalcoatl — the feathered serpent God that was worshipped by the Aztecs, Toltecs, and the Mayans. This dragon was seen as an all-powerful creator God, considered by these vultures to be the God of creation. For these cultures, the sun was sacred, and as a result, they hated solar eclipses. 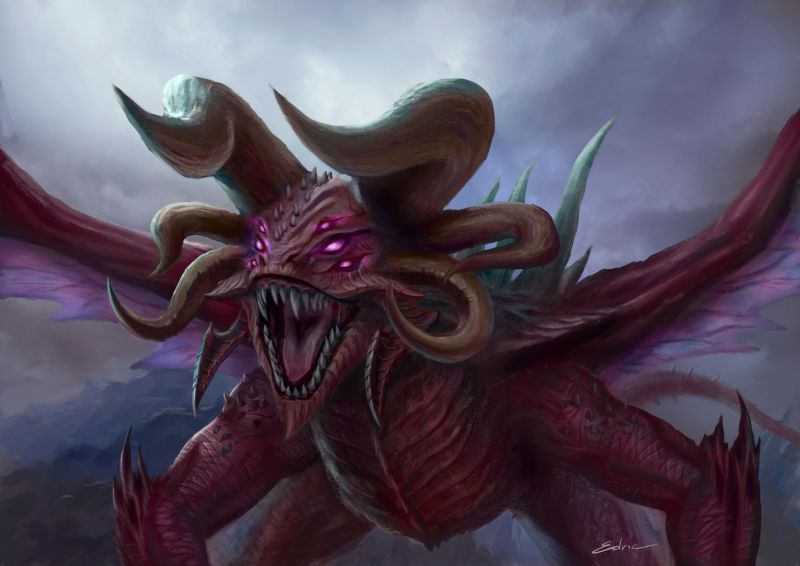 In Sumerian mythology, Kur is the first dragon in existence. He lives within the void above Earth. This monster is usually related to the idea of the underworld. In line with this depiction, the creature is told to have once kidnapped a Goddess. Because of this, a hero Enki traveled to this realm to slay the dragon. 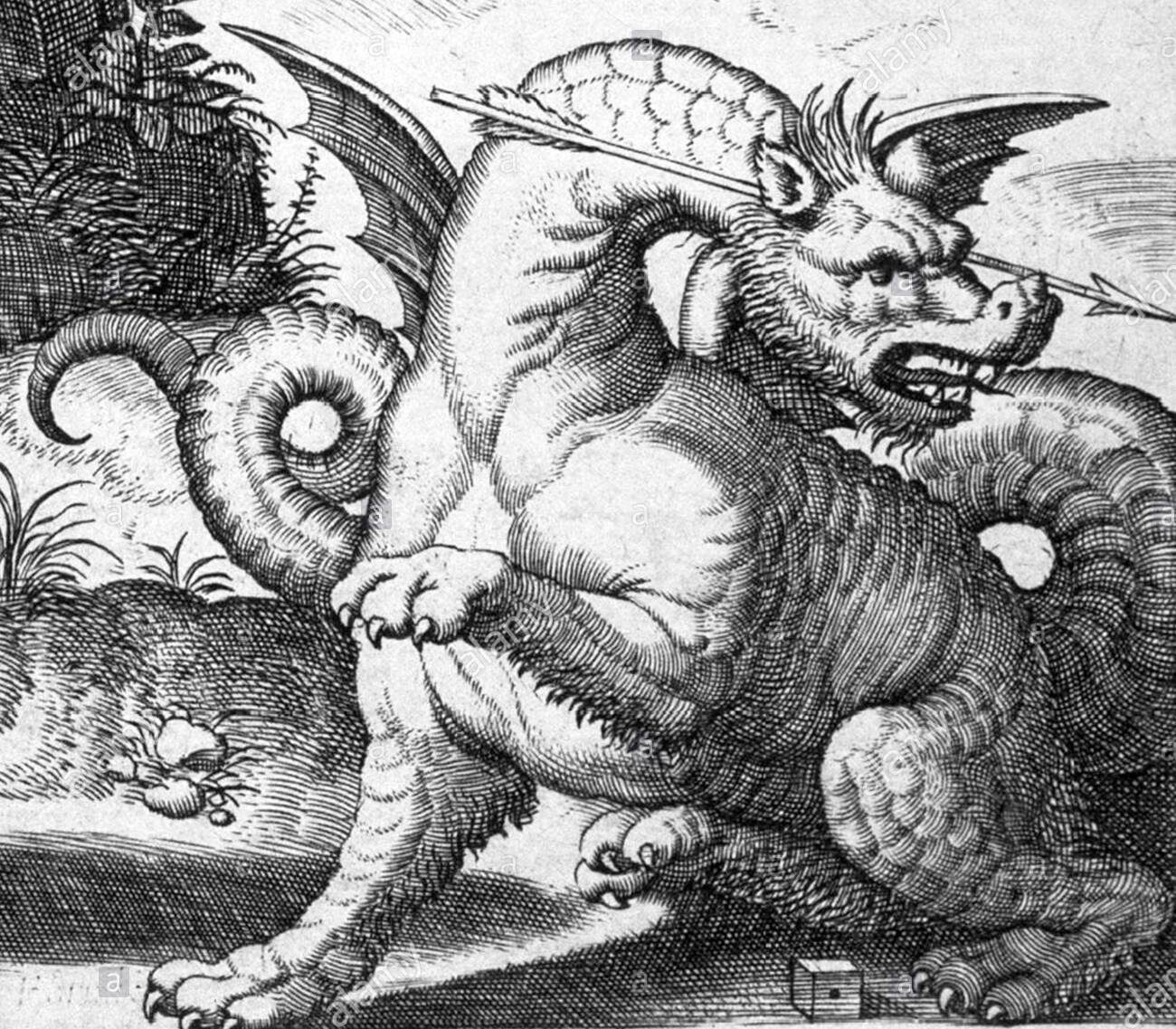 Python is an early telling of a dragon that can be found throughout mythological history. In some stories, Python is the female child of Gaia. She was so enormous that she could wrap her body around the Delphi Oracle, therefore allowing her to protect her mother.

This beast is a pet of Hera, which allowed her to freely cause damage and pain throughout lands while avoiding punishment altogether. However, Apollo eventually did kill Python for the crimes she had committed. 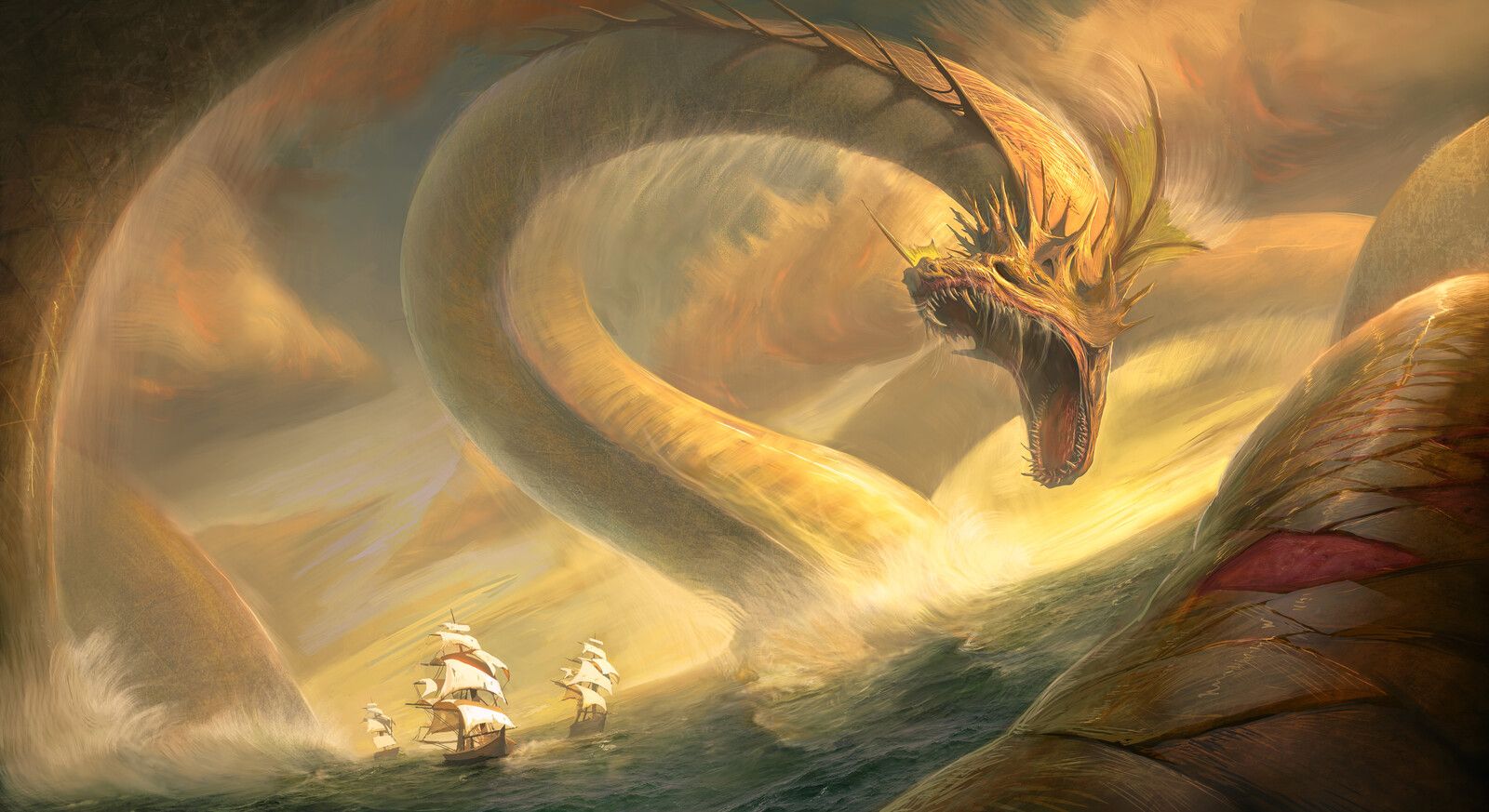 Stoor Worm was an evil creature that is associated with the contamination of animals and foods. He was also very greedy, randomly choosing seven people from the nearest village to eat each week. Fortunately, this creature’s damage was not left unpunished, when a little boy named Assipattle sailed into the stomach of the beast and burned its liver. 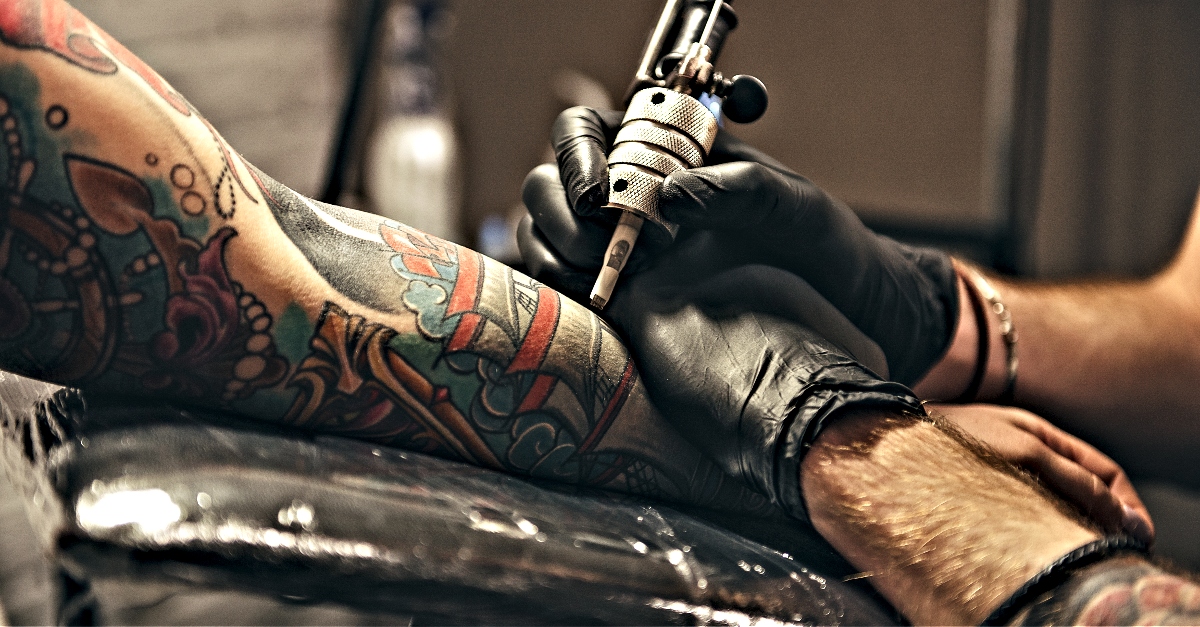 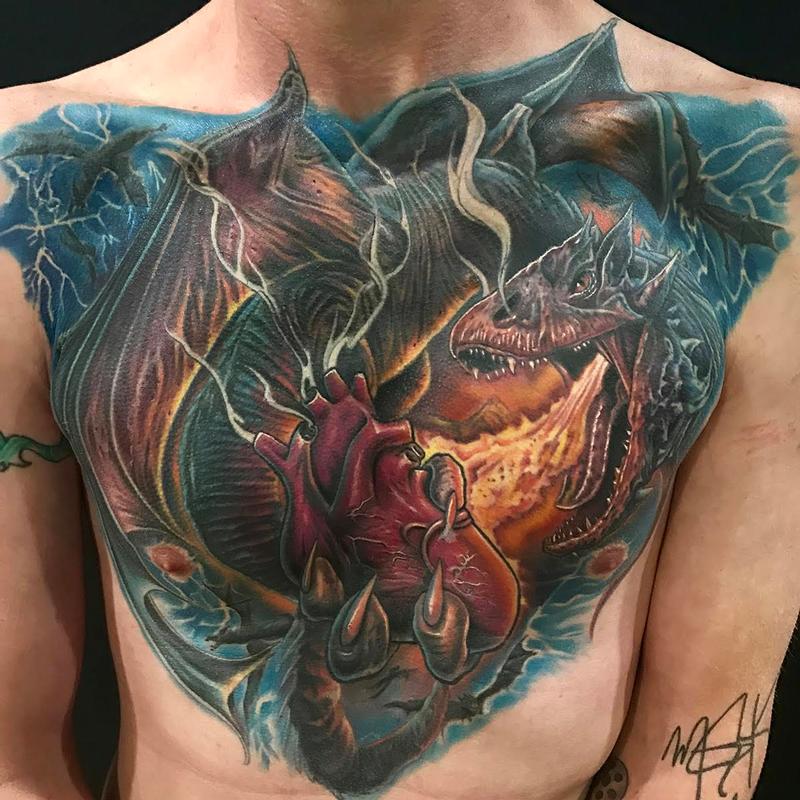 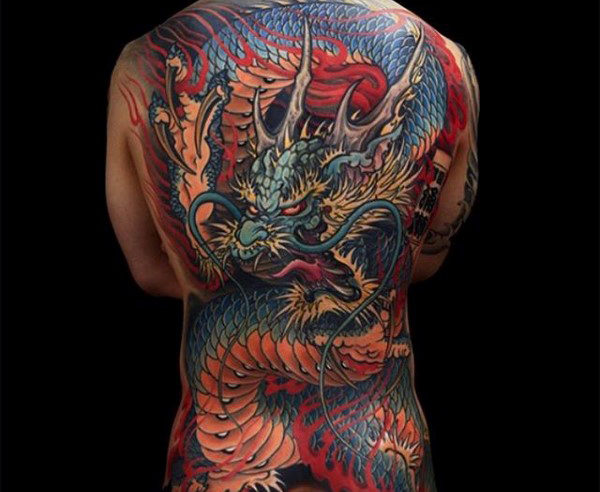 The back is by far one of the best choices of location for your dragon tattoo, as it gives you so much space to work with, and looks so good. With a back tattoo, you have complete freedom in terms of your design. Some people even choose to have a black dragon tattoo spanning the full length of their back, allowing them to display the beauty and complexity of the dragon in full.

A dragon scale tattoo is becoming very popular to make on the back. It is easy for an artist to make the scales look realistic enough, so they seem as if they are hidden under your skin. This pattern has become more popular since the filming of the “Game of Thrones” TV Series. 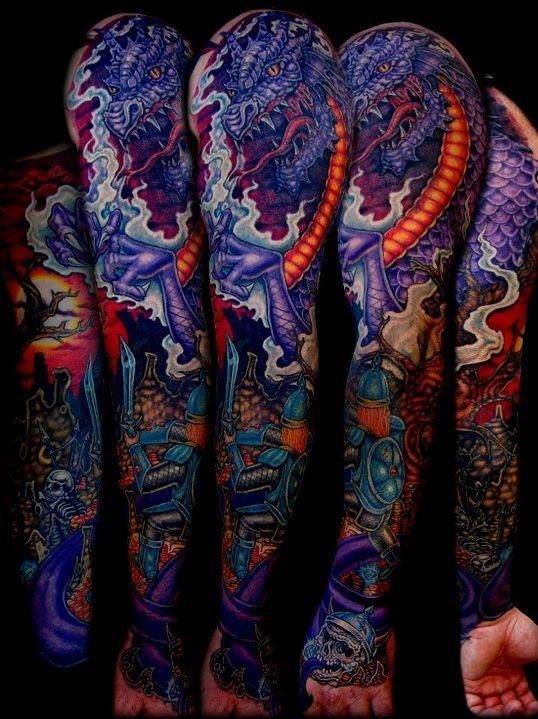 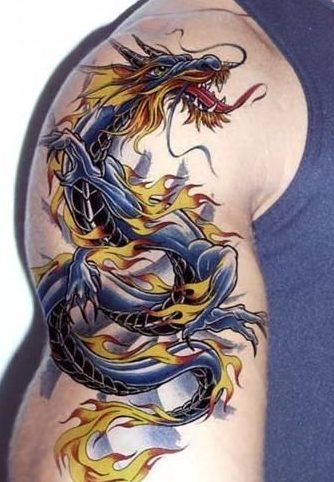 A popular choice for the bicep is a medieval dragon tattoo, using the dark and powerful aesthetic of the beast to emphasize those qualities in the arm. Having a dragon tattoo on the bicep is also a very masculine choice, with many men choosing this location to display their dragon art. 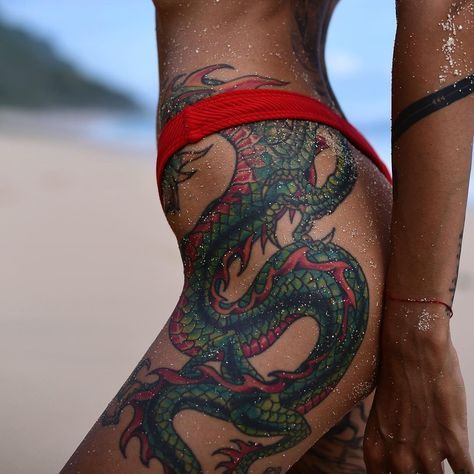 The hip offers a very alluring and unique style for your dragon tattoo. Many people, predominantly women, choose a red dragon tattoo to run up their thigh, as this color fits well with the natural contours and shape of the leg.

Women often choose a watercolor dragon tattoo or a jade dragon tattoo circling the thigh as it offers an intricate and feminine design. More often than not, these designs will trickle upwards onto the stomach or back, creating a unique tattoo design.

The Girl With the Dragon Tattoo Trailer Watch Online

Game of Thrones, Every Dragon Scene From Seasons One Through Eight (by @Angel)